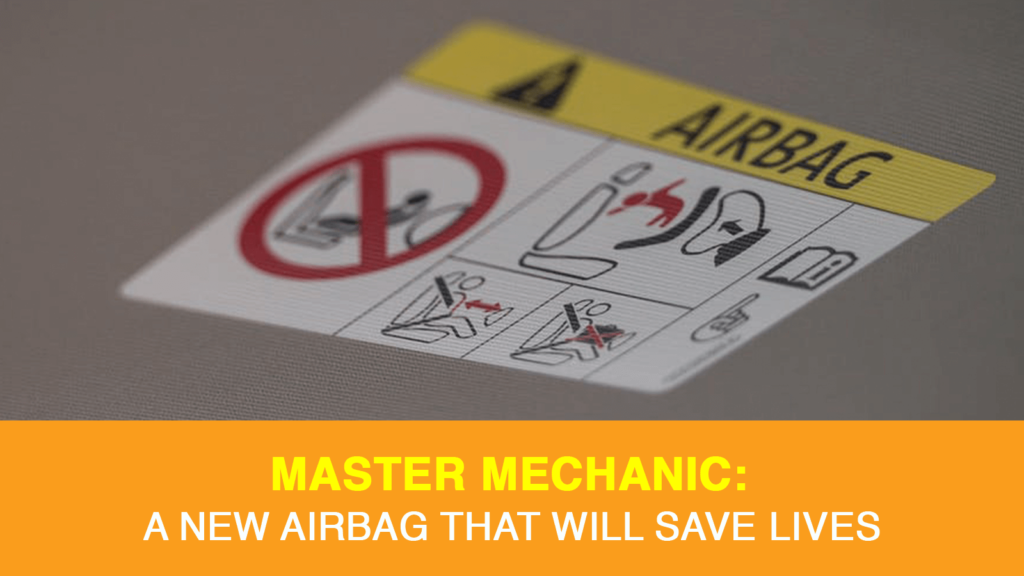 In 2017, the number of motor vehicle fatalities in Canada totaled 1,841, down 2.8% from 2016. Still, the number was far too high. It is interesting to note, that in more than half of those casualties the victims were not wearing a seatbelt.

That means the vehicle’s airbag was their only line of defence.

Since they debuted in commercial vehicles in the 1970s, there’s no denying that airbags have saved countless lives. When they were first introduced, they were typically only deployed from the dashboard and steering wheel. Then came seat-mounted and side airbags. Today, most cars are far beyond dual airbags, and often include upwards of six. Some include 8 or more!

Depending on the type of crash, airbags will balloon out of doors, footwells, seats, rear doors, and seatbelts to protect the driver. To date, statistics show that airbags reduce the risk of death in a direct frontal crash by about 30 percent.

The problem is, unless we’ve been in a collision (and we hope you haven’t!) most of us have only see airbags deployed in slow-motion on commercials. There, they look more like a soft pillow than a violent hit.

While no one is arguing that more airbags are better, their design has remained mostly unchanged. Until now.

Earlier this year, Honda developed a new front passenger airbag that they promise will better protect drivers from a variety of collisions. Most notably, it will help prevent a specific (but common) type of injury that’s occurs when a driver’s head rolls during an angled collision. Even when these types of crashes occur at lower speeds, a driver’s head can rotate fast enough to cause brain damage. This is what Honda hopes to prevent moving forward.

Engineers at Honda R&D Americas, worked closely with well-known airbag manufacturer Autoliv on their creation. The new airbag inflates to resemble a baseball catcher’s mitt, complete with three separate compartments. This helps ease and catch the passenger’s head during an impact.

Traditionally, airbags have to deploy violently to react quick enough in a crash. Thanks to a new generation of crash dummies equipped with sensors, Honda’s engineers were able to further tune the design to create a deployment mechanism that’s faster—yet gentler. To achieve this, the new airbag system uses a two-stage inflator instead of the traditional single-stage variety.

Honda’s engineers claim that the new airbag can reduce rotation-induced brain damage by up to 75 percent. If this is the case, it’s certainly a welcome change. We’ll just have to wait to see, since the airbag won’t roll out in new Honda vehicles until 2020.

This isn’t Honda’s first airbag innovation. Back in 1990, Honda was the first manufacturer to start using the upward-deploying airbag. Since then, this design has become common in almost all cars. While Honda believes their new multi-chamber airbag will be just as popular, it will be available exclusively in their vehicles for the first six months. After that, Autoliv can market it to other manufacturers so the wider public can begin to benefit from the improved airbags.

If you have any questions about your car or are looking to schedule some routine maintenance, don’t hesitate to call. At your local Master Mechanic, we’re always happy to help!