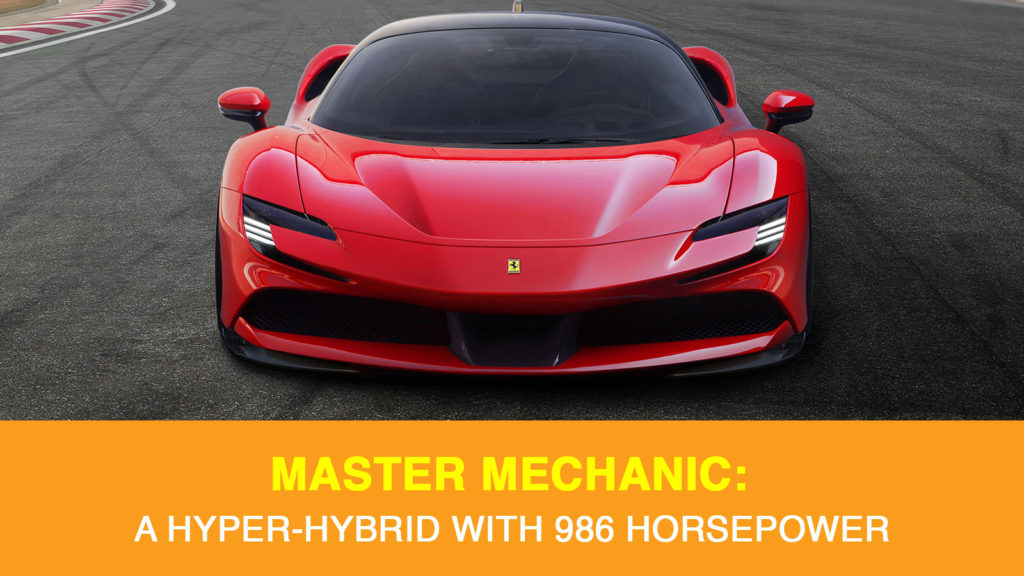 As we inch farther and farther away from the use of internal combustion engines, many car enthusiasts worry we’ll stop seeing the production of high-horse-power supercars. Enter the Ferrari SF90 Stradale.

Last month, Ferrari unveiled its first plug-in hybrid electric vehicle that just so happens to be the most powerful production vehicle the company has ever dedveloped.

The SF90 Stradale is named to commemorate the 90th anniversary of the Scuderia Ferrari racing team. With that in mind, designers set out to introduce the innovation of Ferrari’s racing vehicles to a road car. They certainly didn’t disappoint.

Like the LaFerrari, the Ferrari SF90 Stradale is a hybrid. Unlike its predecessor, the SF90 has a smaller gas engine, plug-in charging capabilities, and all-wheel drive. In fact, it’s the first-ever all-wheel-drive Ferrari.

Ferrari hasn’t released final fuel economy numbers for their latest super-hybrid. With a 339 km/h top speed, the SF90 probably won’t be as impressive with fuel efficiency.

The vehicle can drive with electric power only–at a cost to performance. Operating solely electric (without the use of the V-8 engine), the three motors can move the car up to 141 km/h for a 25km range.

Beyond its impressive battery power, Ferrari’s engineers used all sorts of innovation to boost the performance of the SF90’s. It has a redesigned intake and exhaust systems, with a more compact clutch assembly to lower the car’s center of gravity. The engineers also increased the capacity of the engine to 3,990 cc (from 3,902), and opted for bigger pistons.

The New Look of Ferrari

Ferrari’s designers say the interior of the SF90 will serve as a model for all cars going forward. Inside the car, we see virtually all controls moved onto the steering wheel. Now, drivers can work all instruments and change driving modes without taking their hands off the wheel.

The instrument panel is completely digital, complete with a large 16-inch curved display screen that displays gauge readouts and navigation. The SF90 is the first Ferrari road car with a head-up display.

All told, then new Ferrari SF90 Stradale is an automotive masterpiece. The price and availability details are still unreleased, but we expect the hyper-hybrid to go on sale sometime in 2020. We also expect it to be very expensive.

If you have any questions about your current vehicle (while you wait for YOUR SF90) don’t hesitate to contact your local Master Mechanic.

< Master Mechanic: Do These 8 Things Before Taking a Summer Road Trip
ASK A MASTER MECHANIC: MANUAL VS. AUTOMATIC TRANSMISSION >