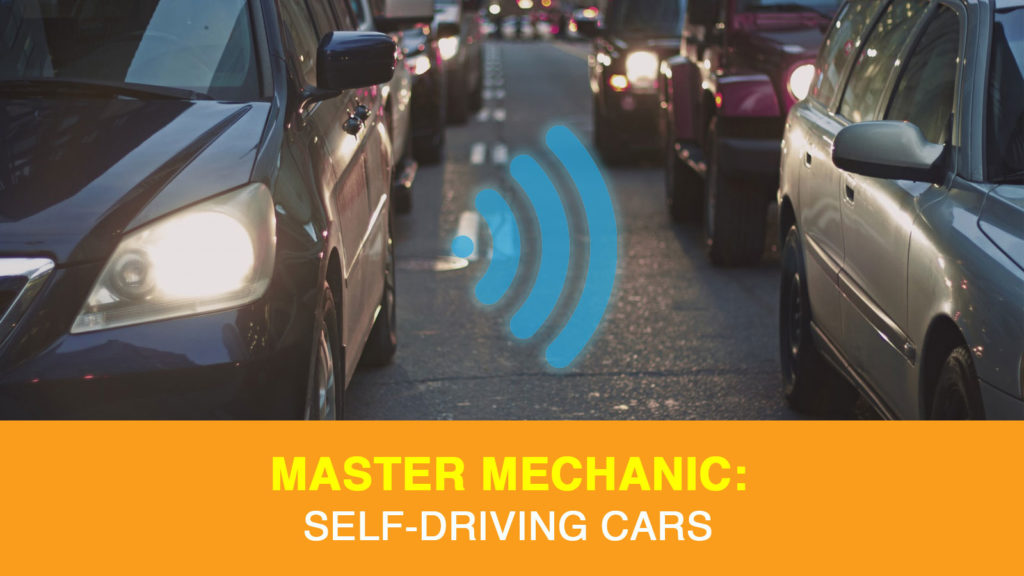 Chances are you’ve probably heard the term autonomous vehicle (AV) or self-driving car used somewhere lately. There’s a good reason. In the last few years, car manufacturers and tech companies have been spending big bucks to be the first to release a safe self-driving car. So, what is an autonomous vehicle exactly? The Society of Automotive Engineers defines automation in six levels. They range from ‘no automation’ to ‘full automation’, and chances are you’ve seen, or even been inside some type of AV before.

Some people might not be aware of this, but we’ve already been sharing the road with semi-autonomous vehicles for many years now. While they may not be dropping us off at our destinations just yet, some self-driving features are available on the market. Think of cars that can parallel park, apply the brakes to avoid a collision, or course correct the wheel if it detects something in your blind spot. These are all semi-autonomous features!

How Do Self-Driving Cars Work?

There’s a reason they’ve taken so long to hit the market: they’re quite complicated! Driverless cars use a whole bunch of sensors, cameras, radars, real-time 3D maps, and highly specialized software to “see” the roads and other vehicles around them. Self-driving cars are continually monitoring the data from all the previously mentioned hardware, and using it to make real-time decisions much quicker than a human could. The many video cameras detect traffic lights, read road signs and keep track of other vehicles. Lidar sensors help to identify the boundaries of roads and spot lane markings by bouncing light off the car’s surroundings.

Fully automated vehicles have been noticeable on our roads by 2020. You’ve probably seen them all over the media already. When they do arrive, regulatory approval permitting, we can expect city driving to change immensely. Taxi services and public transit will be able to self-operate and deliver commuters door-to-door safely, and more efficiently. It will be an exciting and welcomed change in many cities where traffic is becoming a major issue.

At first, you’ll have a choice. If you want to enjoy the drive manually, you can do that, but if you prefer to catch up on news during your commute, you’ll have the option, too. As 2040 draws closer and closer, we’ll become a ‘controlling passenger’ in AV’s, and an entirely passive passenger in autonomous taxi shuttles.

When you look at the statistics, most accidents are caused by human error. In theory, if you eliminate human error, our roads should be much safer for drivers and pedestrians. There would be no more speeding, texting, or drunk drivers, and everything would be regulated – including traffic. For this to work in practice, there needs to be proper infrastructure and testing to make entirely sure that autonomous vehicles are safe in all driving conditions and situations.

Who Will Win the Race?

Instead of seeing a race between car manufacturers and tech giants, we’re likely to see them work together. Across the board, all major car brands are investing in and developing technologies or acquiring startups. We’ve already seen this, like GM investing $500 million in LYFT, and FORD’s announcement that they’ll also be partnering with the transportation company.

One day in the very near future your vehicle may be able to detect issues and drive itself to the nearest Master Mechanic service. Imagine that? In the meantime, if you suspect anything may be wrong with your car, you can contact your local Master Mechanic to schedule an appointment.