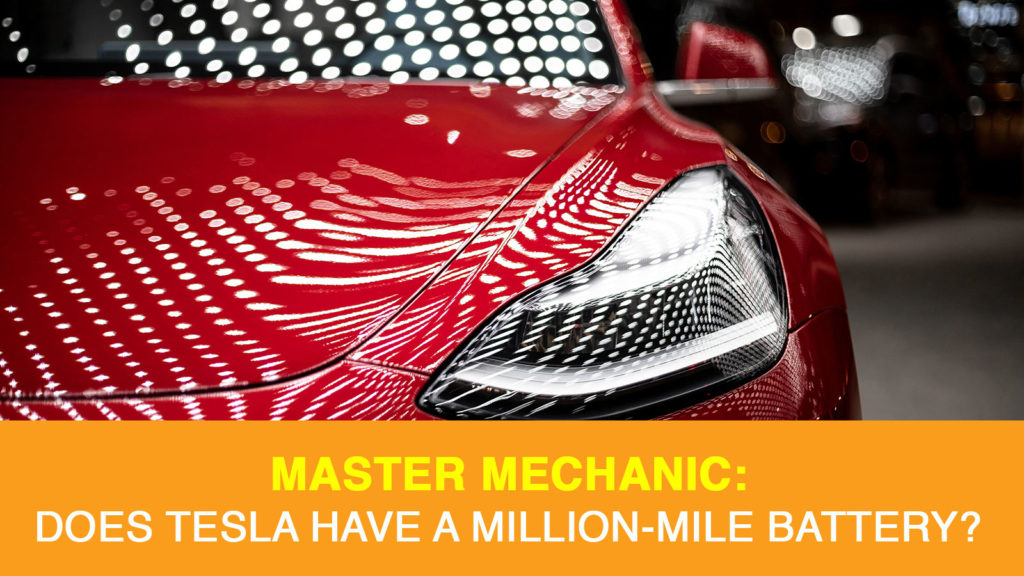 While automakers explore moving towards electric vehicles, they face one inevitable hurdle: eventually, all car batteries stop discharging and recharging energy as well as they once did. Simply put, all electric car batteries have a life. In an effort to combat this, automakers work hard to try to ensure batteries last beyond the typical lifecycle of a vehicle.

Tesla, regarded as a pioneer in the electric vehicle space, wants to go further with its batteries—literally. The outspoken CEO of Tesla, Elon Musk said recently that the company will create a battery that lasts 1 million miles. While it sounds hopeful at best, it appears that he wasn’t lying.

Earlier this month, it was reported that Dalhousie University published a paper detailing chemistry for a cell that could make the mythical mileage possible.

It’s also important to note that the university has an exclusive agreement to work with Tesla. The lead researcher for the study at Dalhousie University, also noted that their new battery cell would work well for autonomous car and trucks that need to travel far distances.

Although there’s no real shortcoming of lithium-ion batteries in today’s Tesla models, the proposed Tesla Semi truck—and companies that use them—would benefit from a battery with such a long service life.

The battery chemistry described in the paper isn’t necessarily new technology. It juices up elements already used today and includes larger crystals that are more stable. The larger crystals are not nearly as likely to crack while charging, which is one of the biggest causes for performance drop in other batteries.

After the report was published, Tesla and Jeff Dahn (the lead researcher) received a patent for a very similar sounding battery. While this battery certainly isn’t the end all be all, it could help further change people’s perceptions about electric vehicles.

If you have any questions about your current car’s battery, don’t hesitate to contact your local Master Mechanic. We’re always happy to help!

< Master Mechanic: A Peek Inside Canada’s Largest Car Collection
ASK A MASTER MECHANIC: WHEN SHOULD I USE MY PARKING BRAKE? >