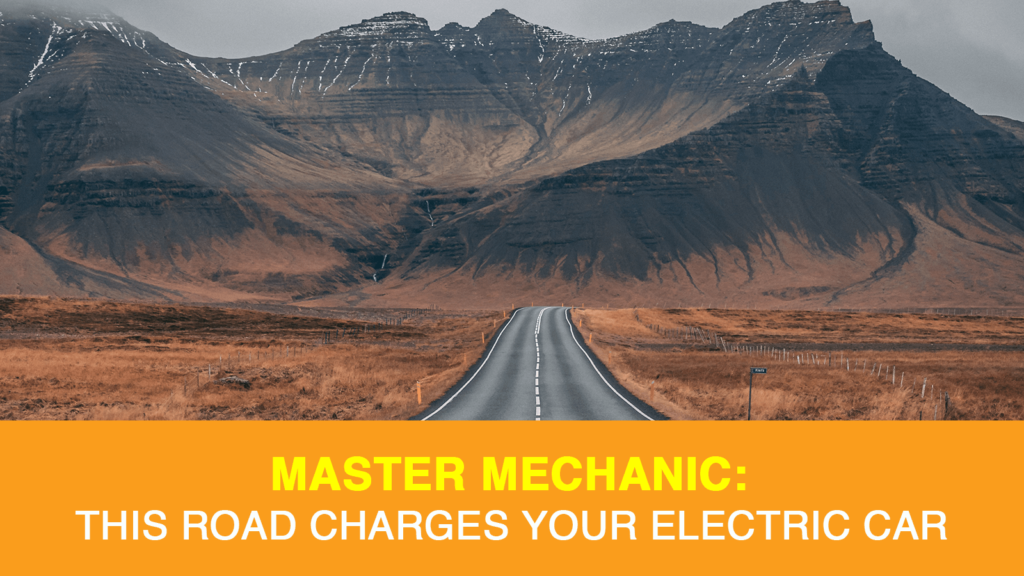 At Master Mechanic, we’re always preparing for what the future might hold. After all, keeping pace with advancements in technology and trends in eco-friendly transportation helps us serve the ever-changing needs of customers. So when we heard about a city in Sweden that was taking steps to install an electric road, we decided to investigate.

Lund is a city in southern Sweden known for its impressive cycling infrastructure, with over 260 km of bike lanes and 4800 bike parking spaces. Soon, the city will be the world’s first to have a road capable of charging electric cars as they drive. And while it sounds both ambitious and impossible, the technology has been developed by Elonroad (no relation to Elon Musk) and is set to begin construction early next year. The experimental road may be ready for use as early as 2022.

How Do Charging Roads Work?

The principle behind the road is reminiscent of a slot-car racetrack, and consists of an electric rail that will run along a kilometer-long stretch of bus lane. The rail connects to an attachment that can be built into electric vehicles, enabling them to recharge their batteries while driving.

Dan Zethraeus, Elonroad’s founder and CEO, was inspired to conduct this experiment eight years ago when he considered buying an electric car but found their range too limited. While the range of electric cars has come a long way since then–many models can now drive more than 200 miles before needing a charge–there are still many reasons to evolve out of plug-in chargers.

The most obvious is the battery itself. Charging while driving–as opposed to sitting idle–means batteries can be made much smaller. And the benefits of smaller batteries include reduced weight, lower manufacturing costs, and less reliance on mining lithium and other materials whose processing can be toxic to the environment.

“The less material we use for batteries, the better,” Zethraeus says.

Better for the environment

In fact, Elonroad estimates that an electric road infrastructure could help reduce the size of electric-car batteries by up to 80%. This would mean electric cars could be made less expensively, as batteries are the vehicles’ most expensive component. Battery costs have already dropped significantly; it’s currently estimated that electric cars’ ownership costs will be on par with those of gas-powered cars as early as 2022. Add electric roads to the mix and electric cars could have the edge, price-wise.

Another major innovation of electric roads is the ability to charge self-driving vehicles and electric transport trucks that might otherwise take too long to charge. And in crowded cities with limited space for charging stations, this would widen the market for electric cars significantly. This is particularly true in China, India, and places where there are fewer driveways on which to plug them in.

That said, switching to this infrastructure would be a colossal undertaking, requiring connectivity to power lines. But according to Elonroad, the rails are easily installed as they simply sit on top of the asphalt. They also needn’t be installed on every road, since vehicles can power up on a main road and then use the battery’s stored electricity to travel farther. In fact, the company has determined that they could power all of Lund’s city buses just by electrifying the main road, since the buses all take that route.

Although innovations like Sweden’s give us a clear picture of what the future may look like, Canadians needn’t worry about the obsolescence of their gas-powered and plug-in electric vehicles just yet. After all, it could take decades to update domestic infrastructure to outfit Canadian roads with this technology. And while it may be a long time before Canadians can charge their cars while driving, it’s reassuring to know that eco-friendly transportation solutions may be closer–and far less expensive–than we ever thought possible.

As always, if you have any concerns or issues with your vehicle, electric, gas or otherwise, contact your local Master Mechanic today!