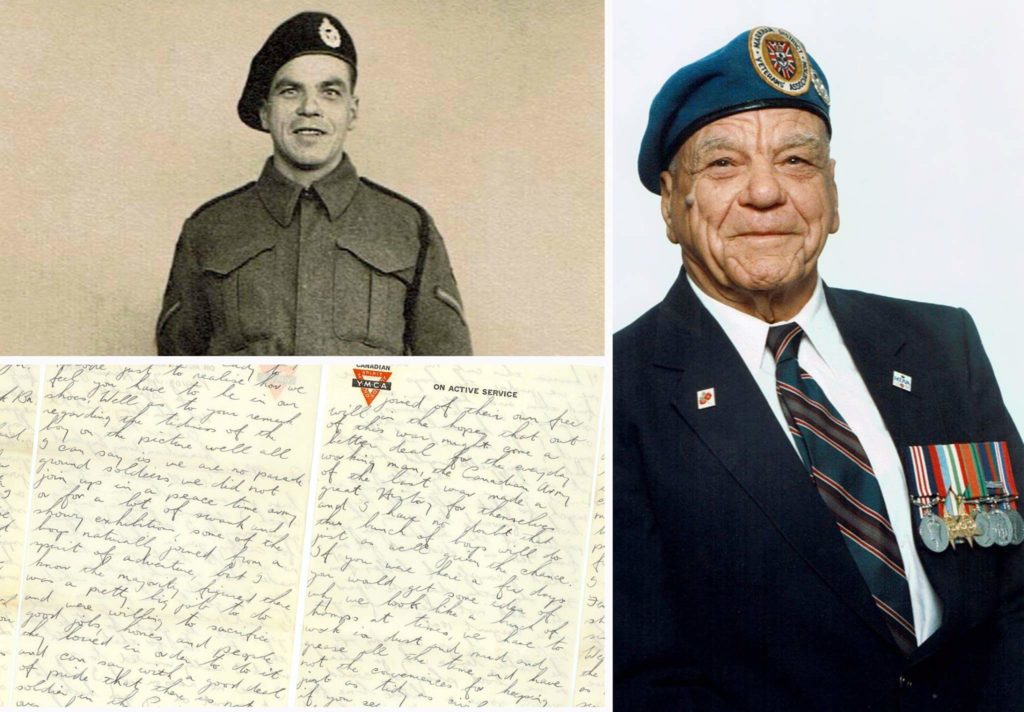 As you drive through Markham Main Street, take notice of the veteran banners lining each side of the street. Seeing these banners reminds us of courage and hope, of the many men and women who served, fought and died for our rights. By blood and history we are grateful.Master Mechanic Markham & Markville co-owner, Tracy Chiapponi, celebrates her grandfather, Corporal John Leslie Harris (1912-2002) who is honoured at Main Street North and Centre Street.  Corp. Harris served in the 11th Armoured Regiment and was recognized in Till Victory: Lettres de soldats allies for letters he wrote home.

What is Till Victory?

“Till Victory” was code from a US Ranger in the book, whose family was one of the first contacted by the author. He developed codes in case he couldn’t disclose his location, but ended up writing a lot about his whereabouts and experiences anyways.

The book tells the story of World War II through a series of letters and diaries of over 50 different soldiers from allied nations. Preserving the memory of those who fought was the goal of the young French author. Many of these letters have never before been published and were written in the heart of the battle. In revealing the identity to honour these men, the author, found each descendant and asked permission to publish the letters.

About the Markham District Veteran Association

The MDVA perpetuates friendships among veterans of the Armed Forces of Canada as well as first responders in Canada, promotes recognition of the memories of members who have made sacrifices in the line of duty, promoting righteous treatments of veterans and their next of kin and providing members with social and recreational enjoyment.A special thank you goes out to the Markham District Veteran Association for organizing the sponsorships in recognition of our Markham community veterans. On November 11th and every day, we honour those who fought for our freedom.